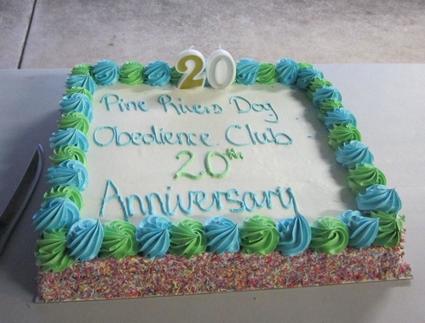 The club and its volunteer instructors and workers provide training classes for puppies and adult dogs to assist the owners to train their dogs to be happy, well-mannered companions.

As an affiliate of Dogs Queensland the club also hosts three obedience trials during the year with competitors coming from around south east Queensland.  A Dances with Dogs competition has also been added to the calendar, a sport which is only in its infancy but which attracts entries from very passionate dog handlers who have a wonderful rapport with their dogs.

In 2012, competitors travelled from Cairns, Adelaide and mid-Coast NSW to attend the competition 20th Anniversary trial..

Other dog sports in which some of our members either instruct, compete and/or judge include dances with dogs, tracking, flyball, retrieving and agility.

In May 2014, the club changed it's name from the PIne Rivers Dog Obedience Club to the Pine Rivers Dog Training Club.  The changed reflected that the club had become more diverse in it's activities than just offering obedience training.  In 2015, members enjoy training pet dogs to become good citizens, training for competitive dog obedience, dances with dogs, flyball, tracking, nosework, herding and many of the other dog sports that have since become available.